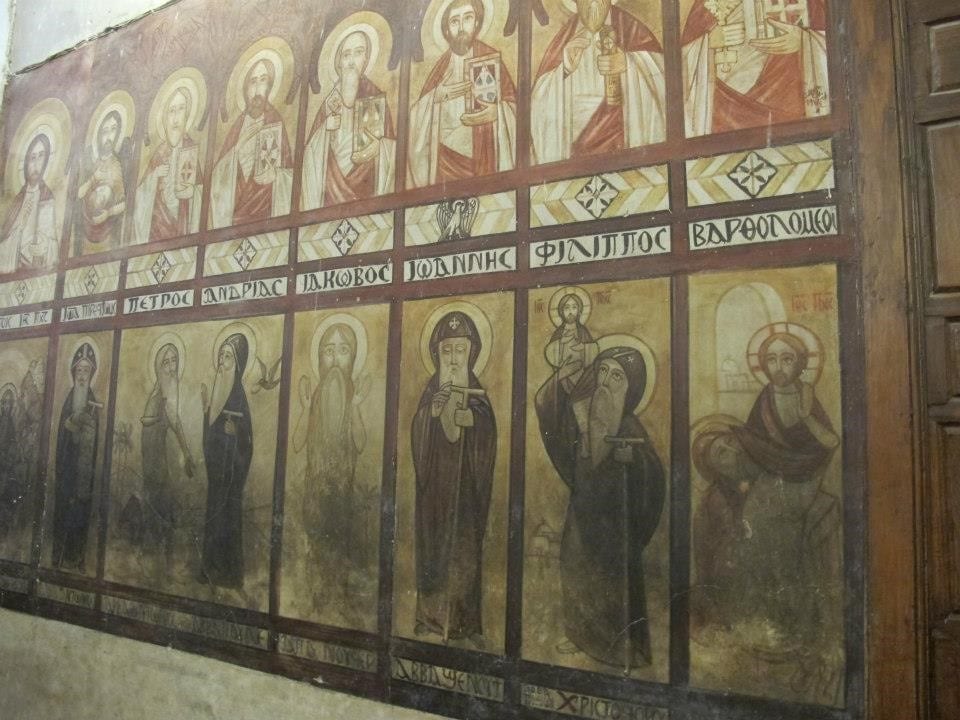 As we Americans stop to celebrate the Easter holiday, Coptic Christians in Egypt will wait to celebrate Easter until Sunday, April 28, 2019.  Sunday April 21, 2019 began their Holy Week.  During the Lenten season, Copts take part in “The Great Fast”, in which they fast from all animal products including milk, butter and cheese.  In addition, they spend Holy Week (the time between Palm Sunday and Easter Sunday) praying and listening to sermons on the suffering of Christ.  Good Friday marks the day, Coptic Christians wear black and drink vinegar to symbolize the vinegar that was offered to Christ.  Saturday before Easter, the Coptic Christians will attend the “Great Vigil” where they will witness plays on the Resurrection and Ascension story.  The evening will start in darkness and eventually light will flood in as “Christ is Risen.” This weekend we will highlight some of the churches and monasteries found within Egypt.

St. Bishoy (also known as Pishoy) was a monk who took up a residence in this monastery in Wadi El Natrun.  This monastery, built in the fourth century, is found between Alexandria and Cairo and is the eastern most monastery of the Nitrian Desert.

Bishoy was born in 320 AD and was the youngest of seven brothers.  His mother met an angel who asked for her to give one of her sons to God.  She offered them all, but Bishoy, the weak and frail child, was chosen.  At the age of 20, Bishoy was led to the location of the present-day St. Bishoy Monastery and began his life as a hermit.  While many monks gathered around him, Bishoy was known for his love, wisdom, simplicity, kindness, and extreme self-discipline.

Bishoy was believed to have met Jesus on several occasions.  Within the monastery there are pictures depicting Bishoy carrying Jesus and washing his feet.  Because of his love for Jesus, he was promised his body would see no corruption.  Bishoy was forced to leave the monastery when the Berbers invaded, but his body was eventually returned to the St. Bishoy Monastery in Wadi El Natrun.  You can see it, along with the body of St. Paul of Tammah, today within the St. Bishoy Monastery. Today, monks still live at the St. Bishoy Monastery.  However, it is also a wonderful place to visit.  You will have the opportunity to not only see St. Bishoy, but you will also have the opportunity to see where the monks used to prepare and eat their meals as well as the places where they sought to worship.