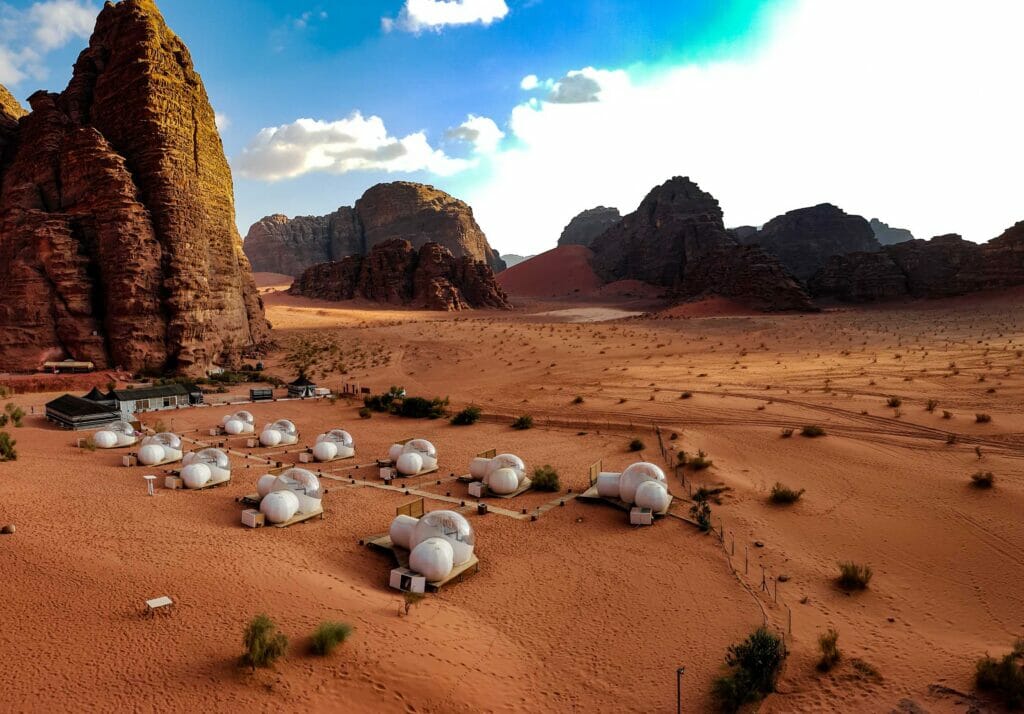 Have you ever wanted to visit the site where a movie was filmed?  Wadi Rum, located in southern Jordan, is just the spot.  Increasingly, filmmakers have been utilizing this vast and beautiful Jordan’s desert to create cinematographic masterpieces.

If you’ve seen any of the following movies, you’ve experienced a moment or two in Wadi Rum, Jordan:

Wadi Rum is a desert full of history since prehistoric times

Many cultures since prehistoric times inhabited Wadi Rum.  It is located 37 miles east of Aqaba, where it is easy to see the rock paintings, graffiti, and temples left by the Nabataeans.  In Khaz’ali Canyon petroglyphs etched into cave walls depict humans and antelopes.  These drawings along with other natural land forms were well-documented by a British officer named T.E. Lawrence who passed through the area on multiple occasions because of his work in the Arab Revolt of 1917-18.  His detailed writings led one of the rock formations to be renamed “The Seven Pillars of Wisdom”.

Today the Zalabia Bedouins have begun to make a successful eco-adventure experience for visitors.  Climbers and trekkers visit here regularly. There are also opportunities for those who are a little less adventurous. Camel, horse, and jeep safaris are also available within the Wadi Rum terrain.  In addition, many people choose to stay a night or two to experience luxury camping under the stars. The camping retreats provide all the amenities of a hotel room while visitors enjoy the opportunity to return to nature in a very serene and beautiful way.

Posted in Get Inspired, Jordan and tagged Camel and Horse Ride in Jordan, Camping in Jordan, Jordan Tours, Must do in Jordan, Safari in Jordan
← Sheikh Zayed Grand Mosque | Abu Dhabi | UAE | The third place winner for Best Landmarks in the WorldBurj Khalifa Dubai | The World Tallest Building | Must visit in Dubai →