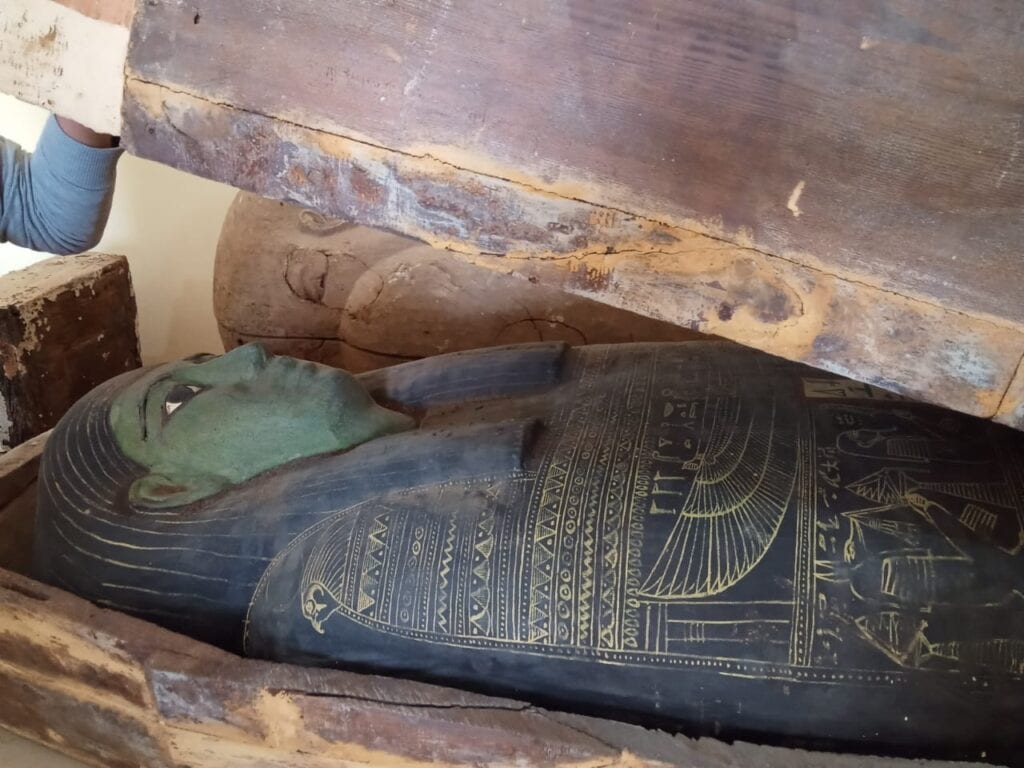 Be prepared for an updated history book!  New discovery in Saqqara Egypt was released this week, and they will forever change the way people interpret the 18th and 19th dynasties of the New Kingdom.  An Egyptian mission working in the Saqqara antiquities area next to the pyramid of King Teti (first king of the Sixth Dynasty in the Old Kingdom) has discovered a  treasure trove of antiquities.  Dr. Zahi Hawass, working in cooperation with the Ministries of Antiquities and Bibliotheca Alexandrina, has lead the venture, and the items found provide a crisper view of life from long ago.

What are the latest Discoveries in Egypt?

Saqqara is home to the Step Pyramid and is approximately 16 miles from the Great Pyramids of Giza.  Saqqara area has yielded many fascinating discoveries .  According to Dr. Hawass the mission discovered the funerary temple of Queen Nearit, mother of King Teti.  While part of it had been uncovered in the years prior, many more discoveries have been found in Egypt 2021.  For example, three mud-brick warehouses attached to the temple were discovered.  These warehouses stored temple provisions, offerings, and tools used in the queen’s tomb.

Surely this is the perfect time to keep an eye out on all the amazing archaeological work being done in the beautiful Saqqara, and one day soon, it will be time to take a visit to see it in its home country.

Posted in Egypt, Get Inspired and tagged Egypt Discovery 2021, New Egypt Discovery, Saqqara Discovery in 2021, What are the latest discoveries in Egypt?
← 5,000-year-old Relic from the Great Pyramid of Giza uncovered in cigar box in ScotlandThe World’s oldest known beer factory discovered in Egypt →