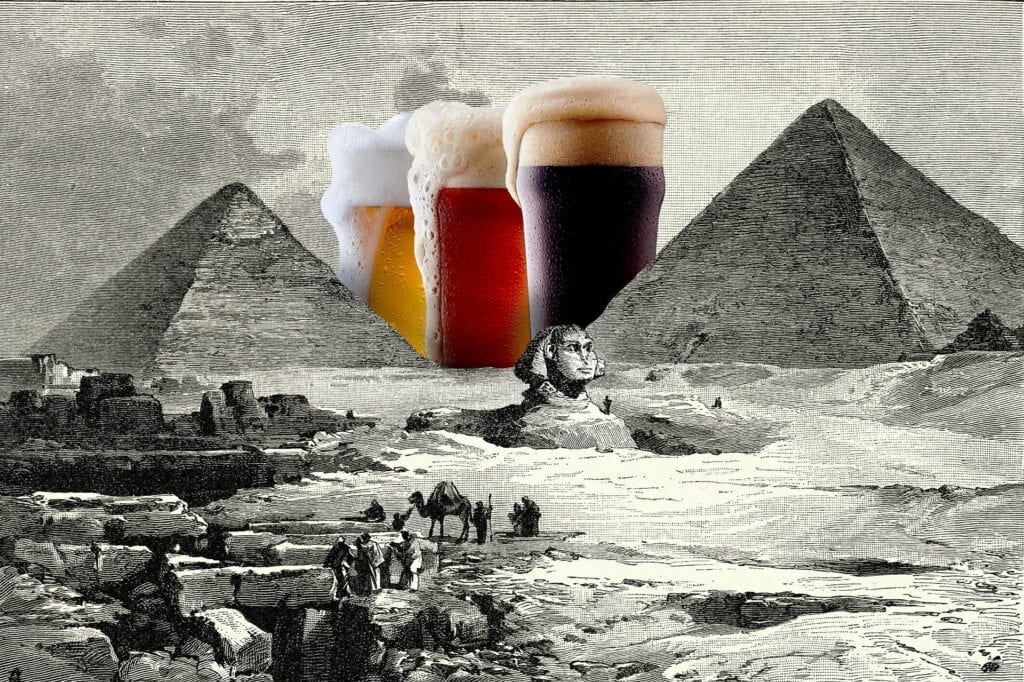 Abydos beer factory: Ancient large-scale brewery discovered in Egypt. Archaeologists in Egypt have unearthed what could be the world’s oldest known beer factory, dating back about 5,000 years. A joint Egyptian-American team discovered the brewery in Abydos, an ancient burial ground in the desert.

This recent discovery in Egypt has landed upon an ancient beer factory.  Archaeologists from both America and Egypt have sponsored this dig.  The joint mission has been co-chaired by Dr. Matthew Adams of the Institute of Fine Arts, and Deborah Vischak, assistant professor of ancient Egyptian art history and archaeology at Princeton University. The existence of the factory has been known since the early 1900s, but no one could find its exact location until now.

The beer factory is located in the city of Abydos, which is over 280 miles south of Cairo, Egypt.  Abydos is an ancient burial ground located in the desert to the west of the Nile River.  Known for monuments dedicated to Osiris, Abydos is replete with cemeteries and temples from the earliest times of ancient Egypt.  This factory dates back to the time of King Narmer, the unifier of ancient Egypt.  It was likely created and used at the beginning of the First Dynastic Period (3150 BCE – 2613 BCE).

The factory consists of eight large units measuring 65 feet long and 8 feet wide.  Each unit includes 40 pottery basins in two rows.  Ancient Egyptians used these units to heat a mixture of grains and water, producing beer.  While drinking the beer would have created the party of the century, this beer factory was used to provide royal rituals.  The archaeologists found evidence showing Ancient Egyptians used beer during the sacrificial rites.