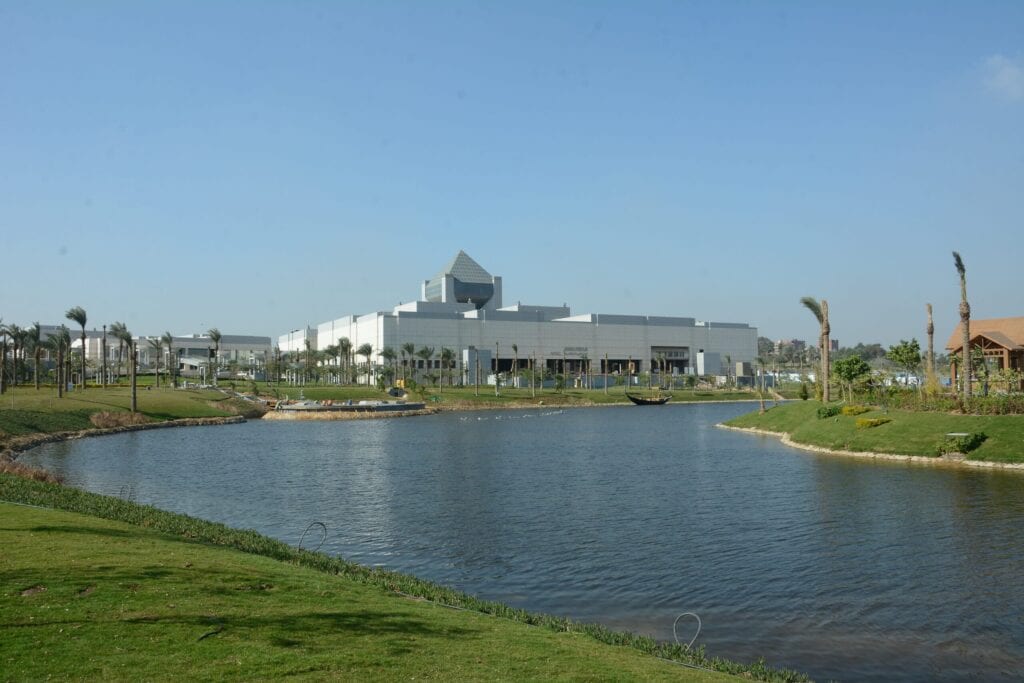 Millions of people tuned in on April 3, 2021 to witness the Golden Pharaohs’ Parade.  Twenty-two ancient Egyptian pharaohs and royal mummies moved from the Cairo Museum to their new home in the ancient Islamic capital of Egypt—Al-Fustat.  These mummies, along with hundreds of thousands of other artifacts are now on display at the New National Museum of Egyptian Civilization (NMEC).

What is the National Museum of Egyptian Civilization?

Dedicated to the ancient Egyptian civilization; the NMEC is the first museum in the Arab world to provide a general overview of all historical periods encompassing Egypt.  Its main focus is to provide insight into the interactions of the Egyptian people with their native land throughout history.  It provides a center full of cultural, educational, recreational, and research opportunities for international visitors and scholars.

History of the National Museum in Cairo

UNESCO launched a campaign for the NMEC in 1982 at the request of the Egyptian government.  They launched an international competition for the design of the museum.  In 1999 Al-Fustat became the birthplace of the NMEC project.  A foundation stone was laid in 2002 even though many archaeological excavations had been taking place within the area since the early 2000s.  Finally, in 2017 they inaugurated the temporary Exhibition Hall was .  The hall showcases the four main crafts that shaped the Egyptian culture:  pottery, wood, textiles, and ornaments.  Today, the museum has opened and is now replete with Egyptian artifacts and twenty-two Egyptian mummies.

Exhibits at the National Museum of Egyptian Civilization

Another exhibit, the dye-house, dates back to the Fatimid period (AD 969-1171). They first discovered this archaeological site in 1932 AD and rediscovered it between 2003 and 2004.  This remarkably preserved site is the only well-preserved evidence ancient dye houses existed in Cairo.

The main hall consists of numerous unique objects. They offer visitors a holistic experience of the evolution of the Egyptian civilization.  These exhibits highlight the most important achievements through different eras; from prehistoric times, through the pharaonic and Greco-Roman times, Coptic, and Islamic eras, and finally up to modern-day Egypt.

The Capital Museum, also known as the Glass Pyramid Hall, displays the history of present-day greater Cairo.  Using modern technological methods; visitors will be able to see through it and see all the landmarks of ancient and modern Cairo.

Why the NMEC is a must visit in Egypt?

You can’t visit Egypt without seeing its many well-preserved ancestors.  The ancient pharaohs have been beautifully preserved and restored; to help visitors gain a glimpse of an incredible civilization with an even more incredible history.  Some of the famous Egyptian Kings ang Queens who now rest within the museum include;  Seqenenre Taa, Seti I, Ramses II, Queen Hatsepsut, Thutmose III, and Queen Tiye.

×
Scroll To Top
This website uses cookies to ensure you get the best experience from EGYPT FOR AMERICANS.GOT IT