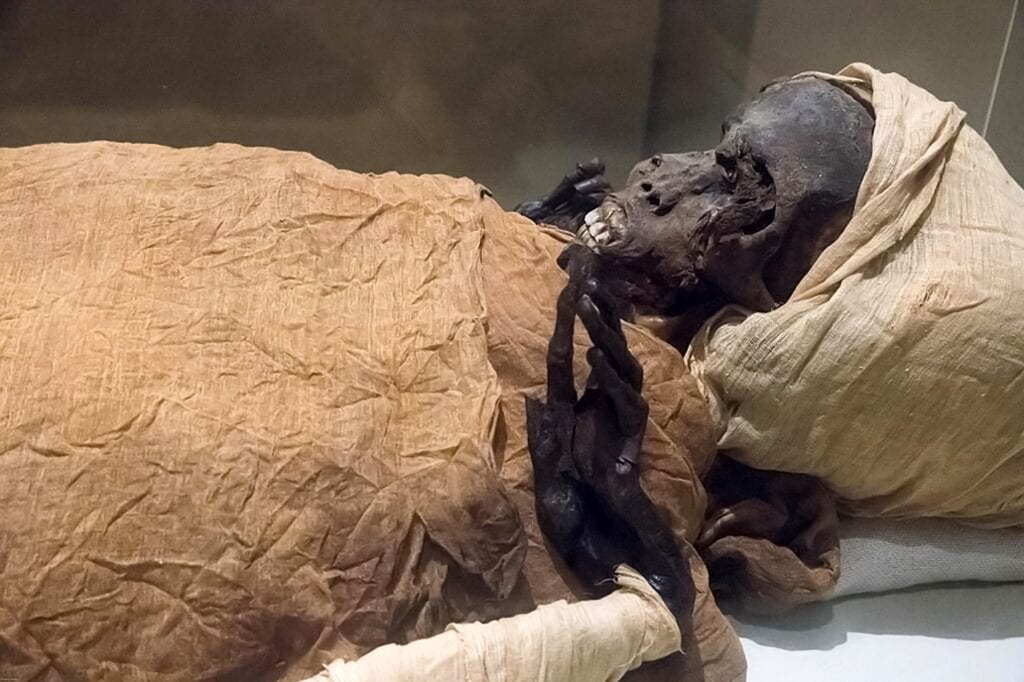 Today is a spectacular day for an Egyptian Royal Mummy parade.   Why such a parade?  Well, the Egyptian Royal mummies are moving through the streets of Cairo from their current home the Museum of Egyptian Antiquities. They are moving to their new home, the National Museum of Egyptian Civilization (NMEC) .  Paralleling the Nile River on its five-mile journey, the mummies will join the procession at the famous Tahrir Square filled with a 21-gun salute, fireworks, and a sound-and-light show.

When is the Royal Egyptian Mummy Parade?

This parade is not like any other.  On April 3, 2021, in Cairo, Egypt there will be a parade of mummies.  Yes, you heard that right.  At 6:30PM Cairo time (11:30AM Central Standard Time), Cairo will have a parade to best all parades. Twenty-two mummies will join the gala. You can watch the Egyptian Royal Mummy parade live here.

How will Egyptian Royal Mummies be transported?

Egyptologist Salima Ikram at the American University of Cairo stated, “The mummies will be transported in protective cases nested one inside the other, like ancient coffins, or Chinese boxes.  They should travel in complete security.”  Ikram has been consulted because of her expertise in mummies and the mummification process.  Along with the secure cases, the mummies will be loaded onto military flatbeds. They will also be decorated to look like the funerary barges that carried pharaohs to their tombs.

What Egyptian Mummies Will Be Participating?

Complete with eighteen pharaohs and four other royals, the celebrity mummies will be quite the show.  Most of the mummies lived during the New Kingdom (about 1539 BCE to 1075 BCE).  Included in the procession will be: Ramses II, “the Great”, who has been portrayed as the pharaoh documented in the Book of Exodus; Hatshepsut, the female pharaoh who was a great builder and leader; Seti I, father of Ramses II; Siptah Akhenre, a teenaged pharaoh who possibly suffered from polio; and Seqenenre Ta, who was wounded by a battle axe, a dagger, a staff, and a spear.

As for their new “home”, the mummies will have a respectful burial according to Minister of Antiquities Khaled el-Anani.  “You descend a ramp as if you are going to the nether world.  The walls are black, with very low lighting.  Each room is like a burial chamber, where the mummies lie in their coffins surrounded by their grave goods.”  Once situated and secured, the National Museum of Egyptian Civilization will welcome visitors from all over the world.