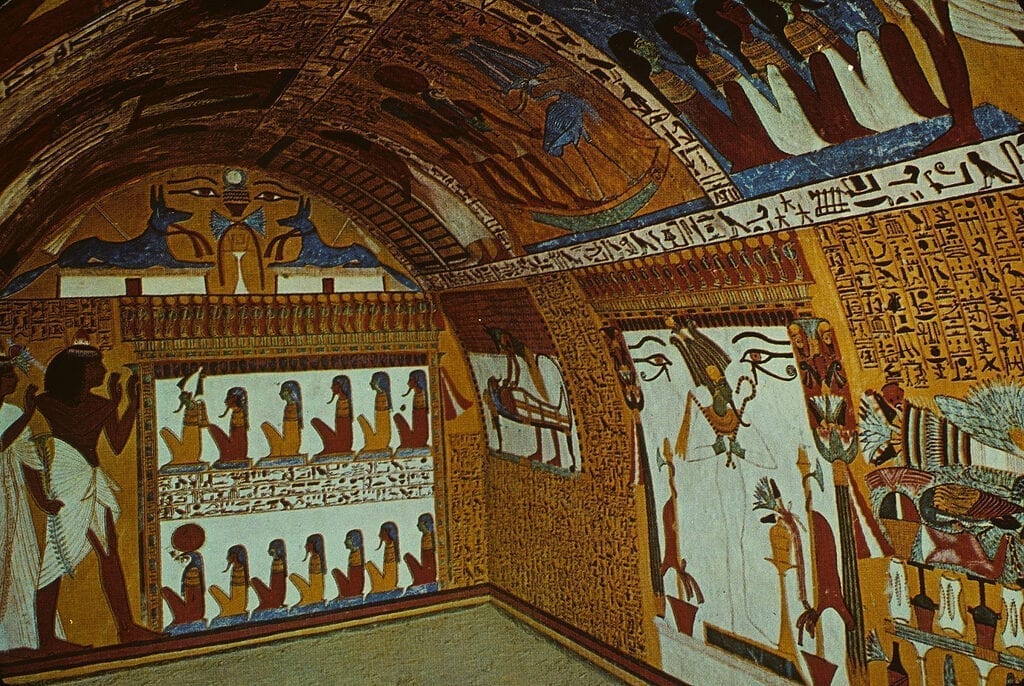 The structures built in Egypt are true wonders of human ingenuity.  Their thoughtful construction not only provide awe-inspired views, but they also increase the questions we generate when admiring them.  How were all these things built? How long did it take? And, more importantly, who were the ones who designed and implemented the plans to build these structures?  For many of the sites, answers to these questions come as the result of educated theories. Some answers come from exploring the village of the tomb workers in Ancient Egypt–Deir el-Medina.

The village is located near the Valleys of the Kings and Queens on the west bank of the Nile River in Upper Egypt. King Amenhotep I commissioned and built the village of Deir el-Medina to house the many craftsmen and artisans who worked on the tombs. The kings and queens of the New Kingdom (18th-20th dynasties) began to realize that tomb raiding was growing to epidemic proportions.  To try and stop all of this looting, they designed the Valley of the Kings to hide and protect the wealth of the deceased monarchies. The construction of this immense necropolis needed workers. So they planned the community to house the craftsmen who would not only build the area but also protect it.

Deir el-Medina is a thirty-minute walk to the Valley of the Kings. It housed the many families who were working on the site.   As you walk through the village, you can see the remains of the protective wall as well as the layouts for the homes. In addition, there are also elaborate tombs and cemeteries created for the workers.  The village itself was mostly occupied by women and children, as the men would work and sleep at the Valley of the Kings for five nights before returning home.

Deir el-Medina ’s location was a bit unusual as there was no water source and no arable land. The water came from the Nile, and food or other goods were delivered monthly from the city of Thebes.  Everything worked smoothly until some of the supplies did not arrive. This lack of payment to the workers workers broughte first documented workers’ strike around 1156 BCE.

As you might imagine further, the plan to use the craftsmen and artisans as guards did not work either.  Many of the workers helped to lead the tomb robbers to areas where they would find and share in the fortunes.  Eventually, the tomb raiding and lack of sufficient supplies to the villagers led the community to decline.

Today Deir el-Medina stands as a popular tourist destination that allows visitors a glimpse into the lives of the tomb workers.