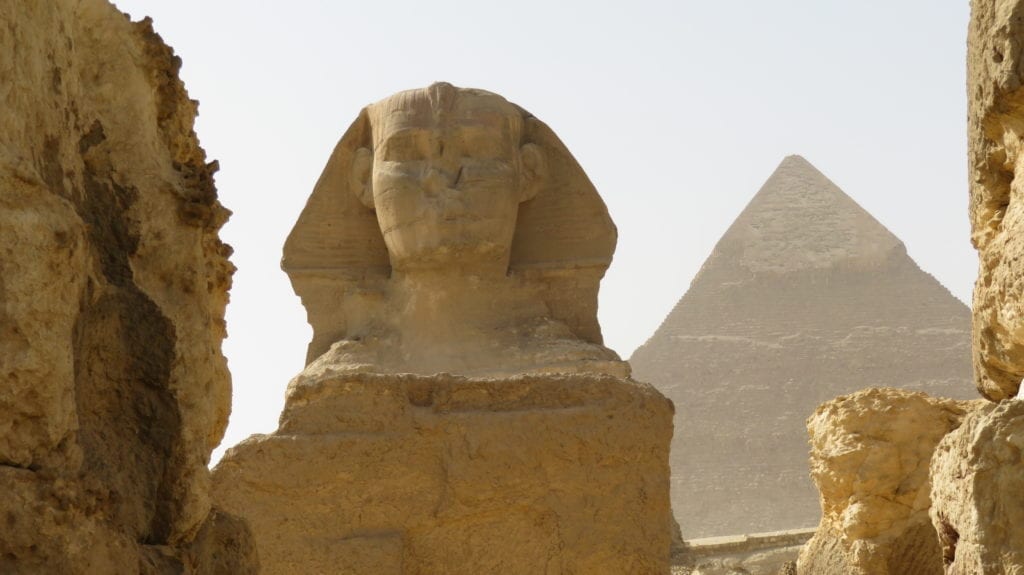 “When we flew to Egypt, I really didn’t know what to expect.  I was a little more nervous than I had been before because the news often had negative things to say about the Middle East, and I knew it was going to be HOT.  Would I be able to enjoy a trip where the summer heat index was over 100 every day, and I didn’t speak the language, and…and…” Rebecca says and then list 5 things… why should Egypt be your next international destination?

Our arrival was at night, so not only did I not feel the heat, I didn’t see the country.  When I did, however, I was amazed.  Egypt was so humbling and incredible and inspiring.  I knew it would be something I’d never forget.  To be honest, I think it is an experience everyone should have.  Here are some reasons I feel why Egypt should be your next international travel destination.

1.  Egypt Has Had a Profound Influence on Our World.

Egypt’s history is so vast and so deep that many things we use today came from Egypt, and we don’t even realize it.  As you explore their ancient ruins, you have the opportunity to see some of those inventions.  Here are some items Egyptians are credited with inventing:

2.  Egypt Has Amazing Feats of Ingenuity

Looking at the Pyramids alone, it is easy to find your brain boggled as to how these structures were built.  Were there ramps?  Did the Nile’s flooding help?  Why were they so big?  Besides the many pyramids, there are also obelisks, of which the Washington Monument was fashioned after.  To have those structures built with one piece of rock and then have them transported and raised in different locations throughout Egypt is astounding.  And, have you been to Abu Simbel?  The ancient Egyptians were able to build the entire complex into the side of a mountain and have the sun reach to the back of the chambers on the Pharaoh’s birthday and coronation date (twice a year).  When Abu Simbel had to be moved because the Nile was being dammed, the archaeologists and engineers were not able to get the sun reach the back of the chambers on the correct day.  They were one day off.  How did the Egyptians do that?

If you check the news, you will find that Egypt consistently excavates and finds new archaeological evidence.  In 2018 a sealed sarcophagus was found in Alexandria.  Additionally, a 4,400 year old tomb near Cairo was discovered, a large necropolis in Minya was unearthed, and a marble head of Roman Emperor Marcus Aurelius was excavated in Aswan.  It’s amazing to know we’ve only just scratched the surface of Egyptian finds!

Egypt is a pretty progressive Middle Eastern country.  While there are many people who speak only Arabic, you will easily find those who are able and desire to speak to you in English.  You’ll have the opportunity to learn more about current day Egypt while you are admiring the sites from ancient Egypt.  I’ve had the opportunity to discuss world affairs with some, and I have also discovered how Egyptians live their day to day lives.  You might be surprised to know that hidden away in their very public malls are stores such as Hallmark, Cold Stone Creamery, Chili’s, Ruby Tuesday, and Auntie Anne’s.  Egypt has a beautiful way of blending the traditions of the past with the comforts of the present.

I am always amazed at the beauty in Egypt.  Yes, Cairo is large and their driving is crazy, but it also has the new Grand Egyptian Museum (opening October 2020, the Khan el-Khalili Bazaar, and the Great Pyramids of Giza.  The streets are bustling with people.  Some are vendors pushing their wares on a cart and others are people just trying to get to the mosque to pray.  You have the opportunity to have dinner on a Nile cruise.  Yes, THE Nile.  It’s amazing.

And as you travel away from Cairo, you can visit the world famous Alexandria Library or put your feet in the Mediterranean.  You can snorkel in the Red Sea and hike Mt. Sinai.  You can even ride an ATV or get in a felucca for a relaxing ride.  Egypt is the same place where you can ride in a comfortable vehicle, only to make your way to a camel ride.  Honestly, there is nothing quite like a visit to Egypt!