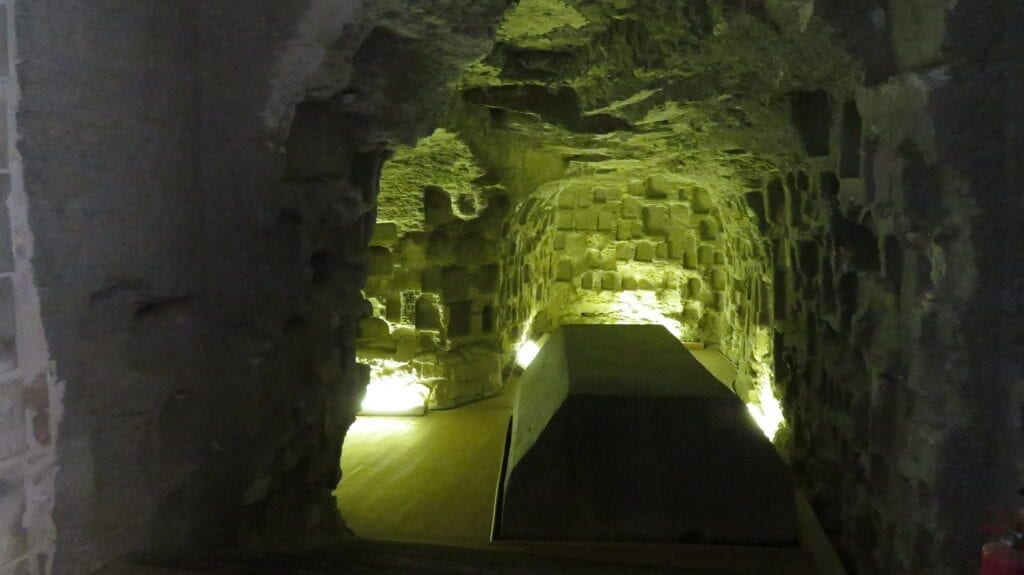 Are you looking for an unsolved mystery?  Do you want to put your detective skills to the test?  If so, you might be needed at the Serapeum of Saqqara, Egypt. Imagine for a moment that there are writings that tell of the Serapeum, but somehow they have mysteriously disappeared.  Also, imagine there was a mummy that looked human, but could have been a bull fashioned in the shape of a human, and it is missing too. Now, imagine you are walking through a labyrinth of tunnels located near the Step Pyramids.  Inside are huge, perfectly shaped yet empty granite sarcophagi that have no clues as to what was inside. What is this place? What happened here? This is the situation at the Serapeum in Egypt. You may visit this sight in the Saqqara and Giza Pyramids day tour.

There are many indications that this place was vitally important to the early Egyptians besides located by the Step Pyramid.  For one there is an avenue of sphinxes that line the path to the Serapeaum. In 1850 a man named Auguste Mariette (French) found half of a sphinx sticking out of the sand, and he and his men began to excavate.  During the excavation process, they found the avenue, a courtyard, a statue of the seated scribe (currently in the Louvre), and had to blast into the entrance as it was blocked by rocks.

Tour inside the Serapeum of Saqqara

Once the team got inside the Serapeum of Saqqara Egypt, they found many corridors.  Inside the first 24 corridors were gigantic, granite sarcophagi. They were empty.  However, also inside the rooms were notches for the heavy lids. If you were to spin the lids 90 degrees, they would fit inside these notches and hold them in place.  The questions arise, “What are the notches for? What was inside these large granite sarcophagi?” Today, it is assumed these large sarcophagi held apis bulls, but then again there are smaller wooden sarcophagi that more perfectly fit apis bulls further in the labyrinth.  And, some of the smaller sarcophagi actually had apis bull mummies inside. The larger ones were empty, so the question still stands, “What were the larger sarcophagi used for?”

Posted in Egypt, Egypt & Beyond, Get Inspired, Must See In Egypt and tagged Egypt, Egypt For Americans, Egypt Tours, Egypt Tours For Americans, Must See In Egypt, Saqqara, Saqqara Day Tour, Saqqara Sightseeings, Serapeum Of Saqqara
← ABU SIMBEL TEMPLES | The Sun amazingly Illuminates ONLY 3 of the 4 sanctuary statues twice a year, Why? | How they moved the entire temples to the current location and Why?Who designed and implemented the plans to build the Ancient Egyptian structures | WORKERS IN ANCIENT EGYPT →