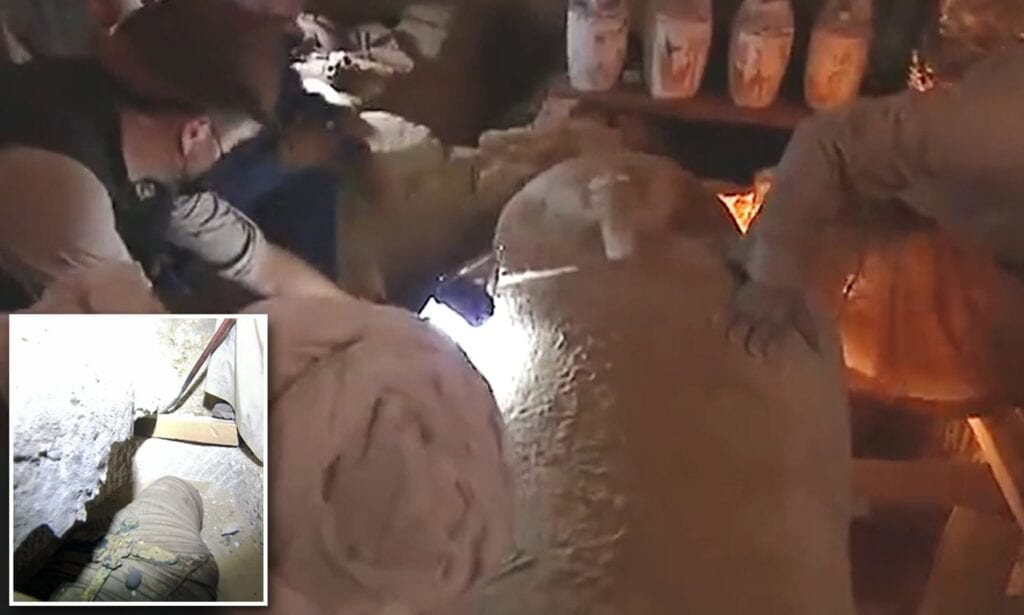 As exciting as the opening of a sarcophagus on live TV will be, it is still filled with a bit of controversy.

When is it okay to investigate and open items within a long-buried site, and when is it best to leave it alone? I’ve asked that question many times throughout my life, and this is yet another time I ask. But, a part of me is just so curious. What will be inside the sarcophagus? Maybe, they’ll have all the hype, and the coffin will be empty. How will they react? It sure makes for some good TV. In addition, the show has advertised that the sarcophagus has come from a wealthy part of the world. Does that mean the mummy inside, if there is indeed a mummy, could be someone famous? There is every confidence that something is within the sarcophagus, so who could it be? I can’t deny that I’m intrigued.

There is another part of me, however, that has this feeling that maybe if this sarcophagus has gone these many years without feeling fresh air within, it should be left to rest. We have many mummies already, and honestly, what would one more add to our already unearthed stories? Should we disturb what has been undisturbed for so long?

Posted in Egypt and tagged Egypt, Egypt For Americans, Egypt Is Safe, Egypt on Live TV, Egypt Tours For Americans
← 5 Reasons Why Egypt should be your next overseas trip | Why visit Egypt from USA?DO I REALLY NEED TRAVEL and Tours COMPANY FOR MY EGYPT TOUR?﻿ | What is the best Egypt Travel & Tours Company for Americans? →